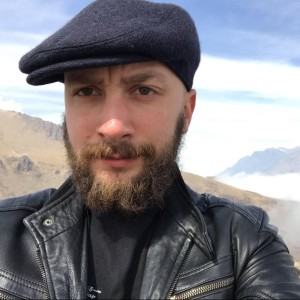 Of all of the issues resulting from the spread of COVID-19, perhaps one of the most irrational and disturbing is the prejudice growing against citizens of China. This coronavirus fueled racism is showing its teeth, not only in the US, but in Japan as well. The rapid rise in discrimination against Chinese citizens led one politician in Japan to speak out.

A Governor Speaks Out on Coronavirus Racism

On March 23rd, 2020, Governor Uchibori sat before a regular press conference. He fielded questions regarding the coronavirus and the approaching Olympics. A reporter asked about the use of the phrase “Chinese Virus” to describe the pandemic. The controversial term, popularized in the US by President Trump, had also been used by domestic politicians. Uchibori replied, saying:

It’s important that we refrain as much as possible from such reactions, which can give birth to misunderstandings and prejudices.

Uchibori had prefaced this with the following:

I say this from the standpoint of Fukushima Prefecture, which continues to be the subject of rumor due to the nuclear accident.

Uchibori has good reason to be familiar with the reality of Fukushima in the wake of the 2011 Triple Disaster. He was serving as lieutenant governor of Fukushima Prefecture at the time. In 2014 Uchibori became the first governor of Fukushima following that generation-defining event. This experience with disaster and recovery has left him in a unique position to speak out against coronavirus fueled racism.

My Own Encounter with Uchibori

In the Summer of 2018, a large group of foreign English teachers shuffled into a meeting room at the Fukushima Prefectural Governmental Offices. We’d come because we were all reaching the end of our contracts, and would soon be departing from the prefecture we’d most recently called home. As JETs — native English speakers hired by the Japanese government to teach, mostly in public schools — we’d just spent anywhere between one and five years working as employees of municipal Boards of Education and prefectural-level high schools throughout Fukushima. Now, we’d arrived to pay our respects to the governor of that large (and unfairly maligned) land.

Governor Uchibori Masao (内堀 雅雄), lanky and relatively tall, sat at the front of the room. He listened politely as each of us spoke in turn. We stood to read out prepared statements regarding our time in Fukushima, some in Japanese, some in English. He nodded along, thanking each person after they’d completed their short speech. Then, at last, he stood, graciously acknowledging the hard work each teacher had put in for the good of the Fukushima education system and the children it sought to teach. Impressively, he spoke in English — a rare skill among Japanese politicians.

Finally, each teacher was called forward, Uchibori thanking each personally and presenting them with a document acknowledging them as a Goodwill Ambassador for Fukushima Prefecture. I believe each of us came away with the image of a politician who was legitimately interested in the English education system within the prefecture he represented. In truth, Governor Uchibori has come to represent a fair bit more than just that.

Uchibori Masao, a native of Nagano Prefecture, was born in 1964. That he would come into the world in the same year as the Tokyo Summer Olympics is of interest; he now occupies a unique space in the lead up to the delayed 2020 Tokyo games.

Like many Japanese politicians, Uchibori is a graduate of Tokyo University and the product of decades of bureaucratic positions. Although some populist governors (such as controversial Tokyo governor Ishihara Shintaro) associate with a political party, Uchibori is different. His career path more resembles the post-war ideal of a local leader dissociated with any partisanship. An independent, Uchibori arrived in Fukushima in 2001. For the nearly two decades since, he’s been a consistent force in local government.

After a series of department head positions, in 2006 Uchibori was named Lieutenant Governor. He also took on the vice-presidency of the civic sector Aizu Railway company.

On March 11th of that year, northern Japan was hit by a series of disasters. A devastating magnitude 9 earthquake hit off the coast of Miyagi, just north of Fukushima. This was followed by a massive tsunami, washing away whole towns on the Japanese coast. Already, both disasters had caused untold death and destruction in Fukushima; soon, though, the presence of an unprecedented third disaster became clear. The tsunami damaged the coastal Fukushima Daiichi Nuclear Power Plant, causing a major meltdown. Radiation sept into the air; thirteen Fukushima Prefectural municipalities were either completely or partially evacuated. Well over 100,000 people lost their homes and communities — many are still unable to return. For others, shelter-in-place orders, common in this moment around the world, were issued.

Thrust into the Spotlight by Disaster

Uchibori stood by his superior, Governor Sato Yuhei, as they watched over this horrific time in Fukushima history. He had been working at the prefectural offices when the earthquake hit; he immediately set off for the affected area. Uchibori went from one disaster site to the next in the towns of Futaba, Okuma, Naraha, and Tomioka. With the lines of communication down, his only method for reporting back to Fukushima City was via satellite telephone. Food, water, electricity; all were lacking. Then, as hydrogen explosions began wracking the Fukushima Daichi Nuclear Reactor, Uchibori stood at the front lines of the ruinous disaster that would soon besmirch the very name of “Fukushima.”

Fukushima was faced with an unparalleled calamity. Not only had thousands lost their lives and tens of thousands lost their homes, but the very reputation of Fukushima was in shambles. Children in cities as distant from the nuclear site as Koriyama were relegated to half-an-hour outside per day. Fukushima’s thriving agricultural industry was now looked at with suspicion. The deathly pall of the word “radiation” hung over the entire landscape, whether or not each individual area of the large prefecture had even been affected or not.

Related: Read about how the residents of Fukushima coped with the radiation stigma in Fukushima Fallout: Eight Years Later, a Struggle for Normalcy

After three years of working towards the revitalization of Fukushima, Governor Sato declared he would not seek reelection. He said he had done his part; it was time for a new voice to step forward. Uchibori left his post as lieutenant governor and threw his hat into the ring. Running on a platform of active investment in on-the-ground recovery efforts and technological development, Uchibori soon had all the major political parties coalescing around him. He won the 2014 Fukushima gubernatorial election with ease.

The Voice of Fukushima

Since his election, Governor Uchibori has become a major voice for the people of the prefecture he presides over. Uchibori has overseen the slow re-opening of once-abandoned coastal towns and the recovery of the local economy. As the leader of the prefecture, Uchibori must often go to bat for Fukushima; last year, when South Korea baned agricultural and marine imports from Fukushima in spite of confirmed safety rankings and extremely strict standards, Uchibori again spoke out. “Defeating fear and rumors” would be a long term “battle,” to which the only recourse would be the continued thorough explanation of facts to each country. At the time, 24 nations continued to restrict food from Fukushima.

The Olympics represented another major podium for Uchibori. As a symbol of the restoration accomplished following the 2011 disaster, Fukushima was to be used as a centerpiece. Uchibori met with IOC representatives on various occasions, working to make 2020 a major year for the prefecture. The Fukushima Azuma Baseball Stadium would be the site of baseball and softball matches, and, most symbolically, Fukushima was to be the first leg of the Olympic Torch relay leading up to the opening ceremonies. Sadly, this has just been canceled as a result of the postponement of the Olympics due to the coronavirus pandemic.

With the ultimate fate of the Olympics still unknown, Uchibori remains an important voice within Japan. In the age of coronavirus, his experience as a leader during a time of disaster makes him uniquely poised to speak about the prejudices that develop in such times. Yesterday, as he discussed the dangers of coronavirus racism – of insinuating that the Chinese people were somehow responsible for our current predicament – he again made the comparison to Fukushima clear.

When it comes to the novel coronavirus, maintaining ‘rational fears’ and acting in a calm manner can give us a foothold to wipe out such rumors, just as they did during the nuclear accident.

With coronavirus racism seemingly on the rise, we can only hope that Governor Uchibori can continue to help Fukushima weather the current situation as well as he has in the past.

For more on the unique history of Fukushima Prefecture, read our essay on the dramatic 1888 explosion of Fukushima’s Mt. Bandai.

You May Also Enjoy Reading...

Crisis-hit Japanese automaker Nissan on Thursday reported a huge $6.2-billion annual net loss, announcing it would shut its Barcelona plant and slash production, as it reels from the impact of the coronavirus pandemic.

A new Japanese smartphone app will allow fans to send virtual cheers and jeers to sports stadiums in the hope of creating atmosphere at matches played behind closed doors due to coronavirus.

Japan announced fresh stimulus plans worth nearly $300 billion on Wednesday to pep up the economy after the coronavirus pandemic tipped the country into recession.

No screaming on the rollercoaster, socially distant spooks in the haunted house and please refrain from high-fiving your favorite superhero: welcome to Japanese amusement parks in the coronavirus era.

The melons from Yubari on the northern island of Hokkaido sold for a snip at 120,000 yen at the season’s first auction — 40 times less than last year’s record price tag. The Feminist Movement in Japan: 1980s to Present (Patron Preview)

As Japanese feminism entered the modern era, it debated hot button issues such as sex work and domestic violence – and also endured a furious backlash.

We're supported by reader contributions. If you like what we do, become a Patron today! (Note: You'll only see this popup up to three times.)