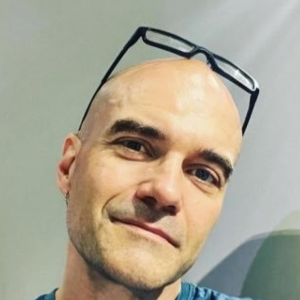 Articles on Unseen Japan may contain affiliate links from which we earn a commission if you make a purchase.

This week, Prime Minister Abe Shinzo extended Japan's state of emergency from seven prefectures to include the entire country. That means that Japan, following in the footsteps of other countries, is officially shutting down large swaths of its economy. That's bad news for Japanese izakaya (居酒屋), pub-style restaurants that serve drinks and small plate dishes. But a few are attempting to weather the storm by inviting their customers to join them from the safe, socially distanced comfort of their own homes.

Regular readers know that, as an avid drinker myself, I'm a fan of Japan's drinking scene. Regular readers also know that Japan's izakaya were already in rough shape before COVID-19. A general flight from drinking, especially among the young, has bars and izakaya looking for ways to increase revenue. Strategies include offering a wider variety of non-alcoholic drinks and even offering booze as a subscription service.

With the COVID-19-driven shutdown, that situation is getting worse. Matsumoto Kazuto, who runs a small chain of three stores in the city of Hamamatsu, told FNN that he's moved to catering and delivery in an attempt to soften the blow. But he's already seen revenue at stores drop by between 80 and 90%. Matsumoto says if the closure goes on for half of the year, it'll likely push his business to the brink.

Do You Want Wi-Fi With Your Karaage Chicken?

Like Matsumoto, other izakaya are looking at clever ways they can shift their businesses and offset their losses. Some are looking to cash in on a growing worldwide trend: The Virtual Happy Hour (オンライン飲み会; online nomikai). The tradition is already trending in countries that have been on lockdown longer than Japan.

Most Virtual Happy Hours are privately organized. A group of friends use popular software that supports video conferencing – such as Zoom, Houseparty, Google Hangouts, or Discord – and hang out while everyone knocks a few back in isolation. In Japan, one company, Takunomi (short for jitaku [house] and nomu [drink]) is even sponsoring a video conferencing site that lets users choose various hanami (cherry blossom viewing) backgrounds using photos taken from all over Japan.

Some izakaya in Japan are seizing on this trend – and even helping some customers get online. In Niigata Prefecture, Manabe Hiromitsu, who runs a number of izakaya as a franchisee, has implemented such a strategy for his Miraizaka izakaya in the city of Joetsu (上越). Manabe is offering access to the store's high-speed wi-fi service provider from their homes to facilitate virtual nomikais. (Many wi-fi services in Japan have password-protected endpoints that are available throughout a city. I'm assuming this means the store is basically sharing its access codes with customers.) His store is still offering around half of its usual menu items and encouraging customers to purchase as takeout. The tax for takeout is lower than food eaten in a restaurant under Japan's new consumption tax scheme. That means customers can get the food they usually eat from Miraizaka – only cheaper.

Not to be outdone, Kobayashi Hatsue has taken her oden specialty shop, Rizu, in Nakano one step further. Kobayashi, who's known for singing karaoke and playing the shamisen while serving customers oden (food boiled in a dashi-flavored broth), looked for an innovative way to support her small, 12-person shop during the COVID-19 crisis. She settled on opening an online nomikai using the service PassMarket. Customers buy tickets to join “Rizu-Mama” online, where Kobayashi plays shamisen and encourages attendees to sing along.

Kobayashi told a reporter that she's been thinking about a service such as this for a while. “The impetus was COVID-19, to be sure, but I think nightlife businesses [mizushoubai] have to change the way we've done things….I couldn't meet that many customers before COVID-19, but online, I can meet people who I haven't seen in a long time. It's exciting.”

I'm sure other enterprising izakaya owners will find clever ways to utilize online technologies to at least soften the damage wrought by the COVID-19 virus. Personally, as a huge fan of Japan's nightlife and of izakaya in particular, I worry about what the industry will look like when the dust finally settles.

We invite civil discussion on posts. Comments are automatically closed within 30 days of article publication. Unseen Japan reserves the right to remove any comment for any reason. Crying Freeman and the 1980s Home Video Revolution in Japan The Game That Sparked a Quasi-National Holiday in Japan Is the Bubble Coming to Japan Again? Links on Unseen Japan may point to affiliate programs from which we earn a commission at no additional cost to you. For more information, read our privacy policy. Don’t go before signing up for our FREE newsletter! You’ll get up to date news on Japan’s changing culture, information on perfecting your Japanese language skills, and special offers on goods straight from Japan. Sign up today!

Want to support content over clickbait? Become a Member today through Patreon and buy a yearly membership starting at just $11! Members get access to all of our Members Only content and hide all site advertisements and pop-ups, among other benefits. Become a Member today! Read more about the Japan you don't learn about in anime. Subscribe to our weekly newsletter today!
We use cookies to ensure that we give you the best experience on our website. Please let us know if you consent to or refuse the use of cookies. (Note: Consent can be revoked at any time via our Privacy Policy Page.)I ConsentI RefusePrivacy policy
You can revoke your consent any time using the Revoke consent button.Revoke consent